A new family of PRR activating antiviral immunity in animals 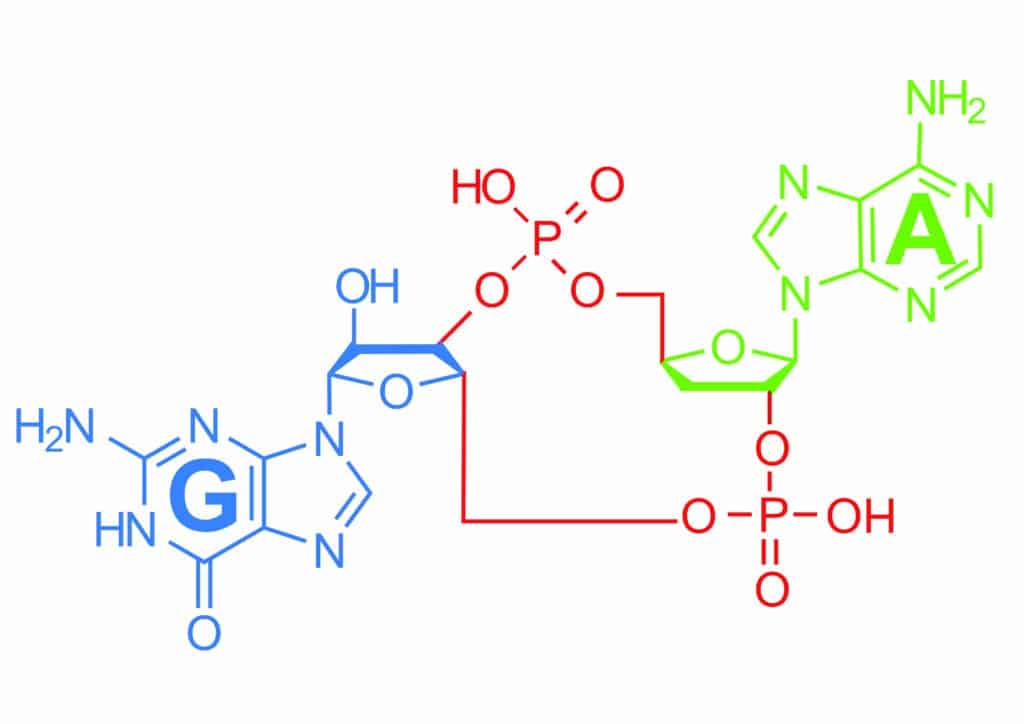 Innate immunity, the first line of defense against infection in animals, relies on families of receptors known as pattern recognition receptors (PRR), which recognize molecular patterns shared by microorganisms. In the case of viruses, which offer few targets for sensing by the immune system, the nucleic acids, DNA or RNA, are generally detected. In mammals, PRR from the Toll-like receptor (TLR) or RIG-I-like receptor (RLR) families alert the cells about the presence of viral RNA and DNA in their cytoplasm. In addition, the enzyme cGAS detects the presence of DNA in the cytosol, which triggers the production of 2’3′-cyclic GMP-AMP (2’3′-cGAMP), a cyclic dinucleotide (CDN). This CDN will bind the protein STING and trigger production of interferons. cGAS belongs to a vast family of proteins present in procaryotes and eucaryotes, but the function of the proteins related to cGAS in animals was unknown.

A collaboration between the group of Jean-Luc Imler and Hua Cai and the teams of Rune Hartmann in Aarhus and Philip Kranzush in Harvard has led to the discovery that these receptors are activated by RNA in in the model organism drosophila, and function in antiviral immunity by producing a novel type of CDN, 3’2′-cGAMP. The results, described in two articles published in Nature, reveal a new family of PRR, the cGAS-like receptors (cGLRs). They show that these receptors can sense other patterns than DNA and can produce alternative CDN. These studies open interesting perspectives for the characterization of other members of the family in mammals, and in particular in humans, where one of these genes is frequently mutated in cancer cells.