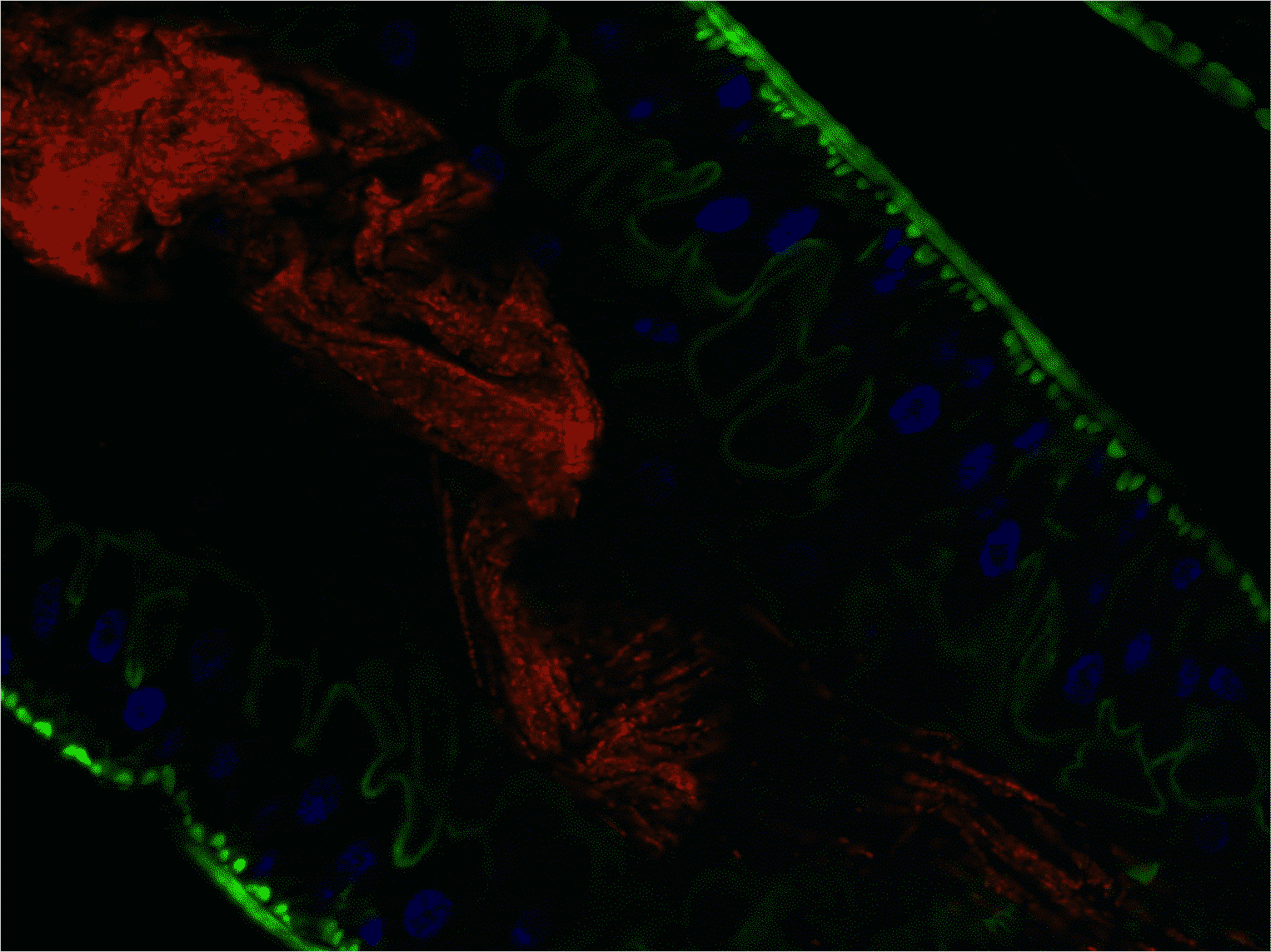 Dominique FERRANDON’s team is interested in deciphering the molecular mechanisms allowing a host and a pathogen to adapt to each other, on the Drosophila model:

– the host by preventing the pathogen from being harmful, through phenomena of attack against the pathogen (resistance) and defense / repair (resilience)

– the pathogen by hiding, by deflecting attacks from its host, or by attacking the host in turn.

We are mainly interested in the intestinal barrier, tested by entomopathogenic bacteria (Serratia marcescens and Pseudomonas aeruginosa) but also in more systemic mechanisms, after infection with an intracellular parasite (the microsporidia Tubulinosema ratisbonensis) or in the presence of various pesticides.

We often work with several people per project, in an atmosphere of mutual aid.