Molecular self-assembly is a process used by Nature to create advanced functional structures from simple building blocks like amino acids, peptides, nucleic acids, and phospholipids. We discovered that tyrosine has the capacity to self-assemble under different conditions (1). We observed that tyrosine can form well-ordered structures when deposited onto the different surfaces commonly used in transmission electron microscopy (TEM), atomic force microscopy (AFM), and scanning electron microscopy (SEM) (Figure 1). We investigated this phenomenon by examining the influence of various parameters on the self-assembly process including concentration of the amino acid, ageing, pH, and solvent. We observed different self-assembled structures at different time intervals, including nanoribbons, along with branched and fern-like structures.

We exploited the capacity of tyrosine to self-assemble into fibres for the formation of hydrogels. We investigated the gelation of a binary mixture composed of Fmoc-Tyr-OH/Fmoc-Tyr(Bzl)-OH or Fmoc-Phe-OH/Fmoc-Tyr(Bzl)-OH (Figure 2) (2). The structural and physical properties of the gels were assessed using microscopic techniques and rheology. Circular dichroism and molecular dynamics simulations demonstrated that the hydrogel formation was mainly driven by aromatic interactions. Oxidized CNTs and GO were incorporated in the hydrogels, and they showed good interfacing with the fibrils, in particular the nanotubes. Finally, L-ascorbic acid was loaded in the gels as a model hydrophilic drug at a high concentration. Under near-infrared light irradiation, a high amount of drug was released triggered by the heat generated by the carbon nanomaterials, thus offering interesting perspectives for controlled drug delivery.

We also reported the self-assembled supramolecular structures of backbone homologated analogues of diphenylalanine motif constituted by β3(R)Phe and γ4(R)Phe (3). We examined the influence of various parameters on the self-assembly process including concentration, aging, solvent, pH, and N-terminal protection. We observed that β peptide (Boc-β3(R)Phe-β3(R)Phe-OH) and γ peptide (Boc-γ4(R)Phe-γ4(R)Phe-OH) self-assemble into fibers of different dimensions and shapes which undergo morphological changes at acidic pH (Figure 3). The observed nanofibers of these β and γ peptides were stable upon changing the solvent systems unlike their parent analogue Boc-Phe-Phe-OH that instead switches from spherical to tubular nanostructures upon changing solvent passing from alcohol to water.

The fibrillar dendritic structures obtained by the self-assembly of the diphenylalanine β- and γ-peptides conjugated to CNTs enabled the growth of primary hippocampal cells and the modulation of their neuronal functions (4). The geometrical restrictions due to CNT nucleated nodes allowed growth of neuronal networks with control over network geometry, and exploring its functional impact. In diverse applications from basic neuroscience, the presence of CNT nodes may be exploited in brain interfaces able to convey highly localized electrical stimuli. This work highlights the combined effect that CNTs and peptides have in modulating neuronal electrical activity. 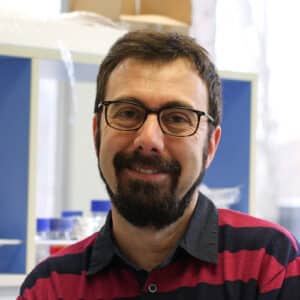