mRNAs and regulatory RNAs in bacteria

Mechanisms of translation initiation and its control by mRNA structures

In bacteria, mRNA recognition by the ribosome and translation initiation determine translation efficiency and protein level. The structures of the 5’ untranslated region of mRNAs (5’UTRs) often contain signals to regulate translation. These structures can be the targets of trans-acting regulators (proteins, RNAs, metabolites) or can respond to environmental changes (pH, temperature, ion concentration, ROS). Our projects focus on the mechanisms by which the ribosome recognizes and interacts with structured mRNAs and how this impacts translation regulation in two evolutionary distant bacteria, Staphylococcus aureus and Escherichia coli.

Temperature shifts are environmental stress factors, which bacteria have to face. When a drastic and rapid decrease in the temperature takes place, transcription, translation and RNA degradation are strongly affected while a dozen of cold shock RNA chaperone proteins are translated at high levels. In E. coli, the most abundant protein is CspA, which is known to to destabilize misfolded RNA structures and to help RNA to adopt a functional structure at low temperature. In collaboration with C. Gualerzi’s group, we have shown that the structure of cspA mRNA is different when the RNA is transcribed at different temperatures (15°C or >30°C). Nascent mRNA adopts a transitory pseudoknot structure, a folding intermediate, which can be stabilized at low temperature (Giuliodori et al., 2010) to be preferentially translated. This study has evidenced a new molecular mechanism for translation regulation, which requires transcription of a novel mRNA molecule at low temperature.

The mechanism by which the RNA chaperone protein CspA is able to stimulate the translation in the cold is being presently studied on different mRNAs.

In E. coli, several RNA binding proteins auto-regulate their synthesis and inhibit the formation the translation initiation complex. This is the case of ribosomal protein S15, which recognizes and binds a region on its mRNA (rpsO) mimicking its ribosomal RNA site. By cryo-EM, we have shown the structure of a stalled inactive ribosome explaining how S15 trapped the mRNA onto the ribosome. This structure visualized a dedicated binding site at the surface of the 30S subunit where structured mRNAs interact before their accommodation into the mRNA channel. This study reveals that the initiation complex involving structured mRNAs is formed in a two step-pathway, where the anchoring of the mRNA is followed by an accommodation step, in which the start codon is correctly positioned into the P-site to promote tRNA-mRNA pairings.

Ribosomal protein S1, at the crossroad between translation and RNA metabolism

We have shown that ribosomal protein S1 is an RNA chaperone, which assists the translation of several (but not all) mRNAs. This protein has 6 RNA binding domains (OB fold) and confers to the ribosome the plasticity to deal with different mRNA structures. S1 acts on the platform of the 30S assisting both steps of initiation (anchoring and accommodation) to favor the first codon-anticodon interaction. The kinetics of this process is very slow. The first 4 domains of S1 are sufficient for the mRNA chaperone activity while the deletion of the last two C-terminal domains produces a cold sensitive phenotype. Using comparative proteomic and transcriptomic analysis, we recently identified the deregulations caused by the deletion of these two last domains in S1.

We are presently analyzing the contribution of S1 in the regulation of gene expression in E. coli, and how the functions of S1 have evolved in Gram-positive bacteria, such as S. aureus. In this latter case, the regulatory roles of S1 seem to be the main function since the protein was not found associated with the ribosome.

Staphylococcus aureus ribosome and its translation

The ribosome structure of Staphylococcus aureus has been recently obtained by cryo-EM at 3.6 Å resolution showing some peculiar features of this ribosome that might be important for its functioning.

Our main objective is to get a detailed picture of S. aureus translation and its regulation using a combination of different approaches (ribosome profiling, in vitro translation, structure of regulatory complexes,…). 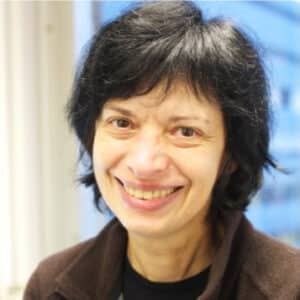