The discovery of RNA interference, and of all related RNA silencing processes, was one of the major breakthroughs in modern biology and has dramatically changed our approach to a number of research fields. Among the different classes of small non-coding RNAs participating in these processes, microRNAs (miRNAs) represent one of the most important and most studied classes in vertebrates. These endogenous 22 nucleotides regulatory RNAs are involved in a large variety of biological processes, and act by modulating mRNA targets expression or stability. Small interfering (si) RNAs typically originate from long dsRNA of foreign origin and can be seen as a defense system against exogenous nucleic acids such as viruses.

Although the interplay of viruses with the RNA silencing machinery has been extensively studied in plant and insects organisms, much less is known about the possible antiviral role of RNA silencing in mammals. However, some recently accumulated data tend to prove that what has been described in plant and invertebrates does not hold true in mammalian organisms. Thus, there are no good evidences so far that siRNAs are generated from viral transcripts in virus-infected mouse and human somatic cells. However, we and others have reported that some mammalian DNA viruses divert the RNA silencing pathway by expressing their own miRNAs. To date, miRNAs have mainly been found in members of the herpesvirus family.

Our work is centered on the study of the roles and properties of non-coding RNAs during virus-related diseases. More specifically, we focus our research on miRNAs and herpesviruses such as Kaposi’s sarcoma associated herpesvirus, Epstein Barr virus and cytomegalovirus. Two main axes are being developed in the laboratory:

Our work is supported by an ATIP from CNRS, the French National Research Agency (ANR), Institut National du Cancer (INCa), and by a starting grant from the European Research Council (ERC): 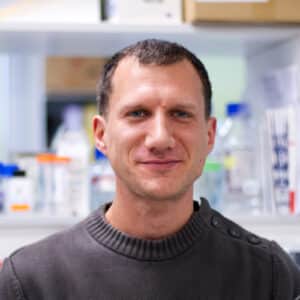